When a Pipe Bursts, This Is What Happens

With the winter weather coming, frozen pipes are something we all have to think about. Along with shutting down the flow of water coming into your home, frozen pipes are also susceptible to bursting, which can create major problems. But what actually happens when a pipe bursts? Read on, as we explore the topic. 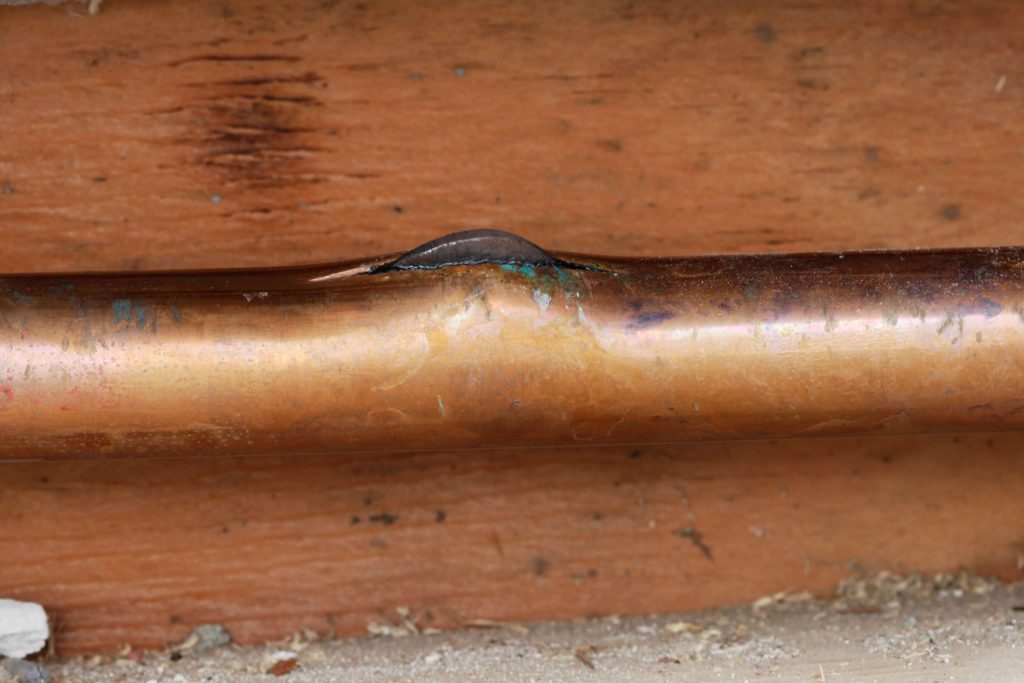 Water moves freely in the pipes in our homes, wherever we need it to be. This happens without any impact on the pipes. However, as the water starts to freeze in colder temperatures, the equation can change quite a bit.

As water freezes, it expands, meaning it’s going to take up more space in the pipes. If it takes up too much space, you’ll end up with burst pipes. From a scientific standpoint, frozen water actually takes on a different shape, and forms a hexagon. This is why it’s larger and takes up more space. No matter what material your pipes are made of, frozen water is going to put pressure on the pipe’s walls.

A one-time incident with your pipes freezing probably won’t cause them to burst, but repeated incidents can weaken the pipes, and make them susceptible to bursting. As the freezing water expands, it creates a great amount of pressure in the pipes, which can eventually lead to gallons of water flooding onto the floor, should the pipe burst.

First things first. If you do end up with a burst pipe, turn off the water source immediately to limit damage from the free-flowing water. Unfortunately, if you’re not at home, it can be a large amount of damage.

The best way to prevent burst pipes is to insulate exposed pipes, especially those on exterior walls of your home. Make sure to keep your thermostat steady during cold weather, and if you’re leaving town, don’t put the thermostat below 55 degrees, in order to maintain warmth in the house. You can also turn off the main water shut off, and drain the pipes before going away.

If you have any questions about your pipes freezing or have a burst pipe, call Waldman Plumbing today at (781) 242-5675.

We have been serving customers for over 100 years and are now on our 4th generation. We are proud to say that we have become known for our personal and prompt service.

Save Even More With Our Ultimate Saving Club!